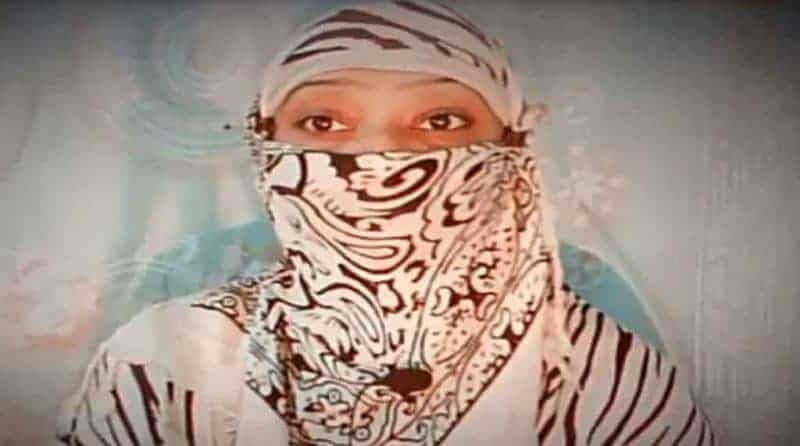 The real name of Heer khan is Sana Khan, but for the misleading purpose she was known as Pari Khan in her social media accounts, Heer khan is an Indian video vlogger, and she also claims herself the voice of Muslims. And for the sake of gaining the trust of Muslims and collect money in the name of charity from them, she gives hate speeches to other religious gods and their believers.

Recently she crossed her limit and started giving hate speech to one Hindu goddess Mata Sita for the Bhumi Pujan held in Ayodhya for Ram Mandir.

Hindus were tolerant toward her at the start. But when she started giving hate speech to Hindu gods and goddesses in the name of freedom of speech, Hindu community people started demanding her arrest and lodge many FIR against her.

Heer Khan was born and grew up in Praygraj Uttar Pradesh, She was born in February 1995, and as of now, her age is 25 years. she is an Indian video creator on youtube she also was known as a social media influencer where she influences people by her hardcore Islamist ideology.

A single mother raised her, Her father died by a heart attack when she was nine years old. She didn’t get to complete her education because of the financial aid, so she completed her education by the nearest Madarsa.

She didn’t have any career, so she started her career on social media as Hardcore Islamist, and from day one, Pari Khan was giving hate speech to Hindu Gods And Goddess in her videos. Still, when her all accounts got banned, she again makes a youtube channel in February 2020 and started uploading videos but on August 5. She renamed her channel “Black Day 5 August” because on this very day India celebrated Bhumi Pujan of Ram Mandir, her every video is evolving around giving hate speech to other religion gods and their believers.

Her youtube career was going fine; she got the few thousand subscribers and got a fair amount of views in every video she uploads. Also, Hindus were tolerant of her.

Recently, her one video went viral on youtube, where she is abusing badly to one Hindu goddess, “Mata Sita.” This video lodge many Fir against her and many Hashtags trends in twitter to arrest her.

#Arrestheerkhan hashtag was trending on twitter for so long. As soon as Uttarpradesh Prayagraj(Previously Known As Allahbad) police look into this matter, they also find her guilty in giving hate speech to one religion faiths and making toxic videos, so Prayagraj police took action and put her behind bars.

Heer Khan is born and brought up in Prayagraj Uttarpradesh. She was born in a lower-middle-class Muslim family, her parents couldn’t afford to educate her well from the right school and colleges, so they send her to one nearest Madarsa to educate her.

Heen Khan’s father passed away when she was nine years old, and a single mother raised her. She also has two younger siblings, one sister, and one brother, but after her family knows what poisonous video she makes on youtube, her family ended their relationship with her.

She also has a boyfriend when she was 19, but after a year of the relationship, her boyfriend ended their relationship because she started dating another guy.

Heer Khan is currently 25 years old and unmarried, and there is nothing updated knowledge about her current relationships and affairs.

Heer khan is a beautiful young girl with average looks and decent personality, she is Indian by nationality, and her height is 5.5 feet, and weight is around 60 kg.

She has black hair, black eyes, and no tattoo in her body, and her body measurements are 30-30-34.

Some Most Asked FAQS About Heer Khan

Q1: Where heer khan was escaping from the police?

Ans: Heer khan was hiding in one of her Islamist relative’s houses.

Q2: What is the real name and age of Heer Khan?

Q3: what is the reason heer khan abuses other religious gods?

Ans: She abuses another religious god because she claims herself the protector of Islam.

She has no educational qualification even though she started her channel on India’s sensitive topics, from the day one she started building her career on youtube by making videos to disturb the unity of Indian folks.

She was taking on sensitive topics on youtube form February 2020. Still, that time nobody was taking her seriously, But on the occasion of Bhumi Pujan Of Ram Mandir, she changed her channel name to “August 5 Black Day” and started making videos on giving hate speech to Hindu god and goddesses.

Recently, her one video went viral on social media. She was giving hate speech to the Hindu goddess and said she has no fear of the police, constitution, and said we Muslims follow the Islamic laws, not from any country laws.

Her unlawful statements and hate speeches to other religious gods caused lodges many FIR against her. Recently, Praygraj police arrested her on August 25, 2020, when she was hiding in one of the relative houses to escape from the police.

This is the latest information of Heer Khan Bio, Age, boyfriends, Affairs in 2020, currently, she is in police custody and if we get more information about her will post it here, and if you know something we didn’t mention here please send us the information in the comment section or you can contact us from here.

All Image And Video Are Embedded Form Instagram and Youtube (Thank You). And Some Information takes from Wikipedia.