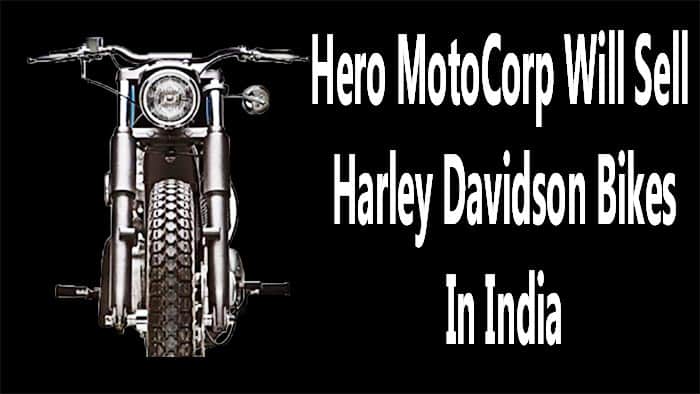 Because people still want to buy Harley bikes in India and there a huge fan base of Harley bike, which already brought their bikes, so if Harley closes their business, it will not be suitable for its users.

Although Harley-Davidson has left 39 other global markets and India, by signing these types of deals with other Automobile companies there, they succeed in keeping their presence in 17 international markets.

This agreement will give considerable benefits to Hero Motor Corp, too, as You all know that the craze for heavy CC bikes is increasing in India, but Hero Moto Corp was not succeeding in getting an entry into this market. The last Time Hero launched its heavy CC bike was the Karizma 250 Zr

, which also last years has closed, but this deal will be able to get Hero motor Corp’s an entry into the market of heavy cc bikes because Harley Davidson starting bike has a 700 cc engine which will be beneficial for Hero Motocorp to get access in massive cc bikes market.

the deal is a win-win deal for both companies, but the benefit of the public is only if Hero can make a bike with Harley Davidson and launch it in the Indian market at a lower price so that more people can buy that bike

The deal is a win-win deal for both companies, but the benefit of the public is only if Hero can make a bike with Harley Davidson and launch it at a lower price in India so that many people can afford to buy it because the price on which Harley sells it bikes is high and if the Hero sells it on the same price will be challenging for the Hero MotoCorp to sell it to many people.

So if you already have a Harley bike or want to own it, you don’t have to worry, you can still buy Harley Davidson bikes in India, and if you already have a motorcycle, you can even service it buy its parts, and riding gears. If you like this post, then share it, and If you have any questions, please ask in the comment.

Sorry, no posts were found.